The Voice of Slovak Business 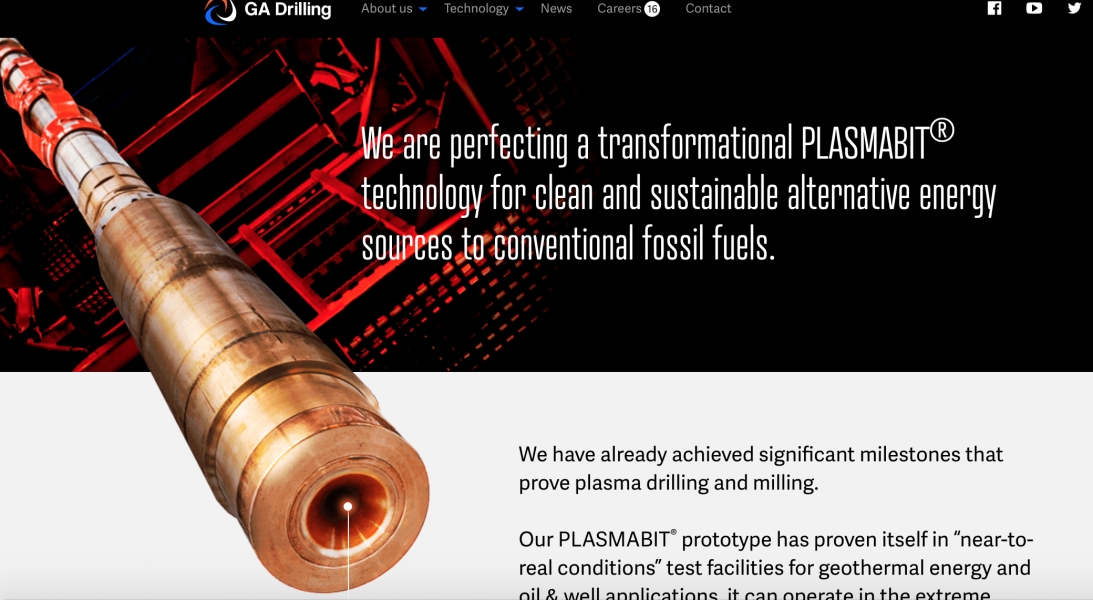 We were delighted to meet GA Drilling, a. s., who are hi-tech company developing a ground-breaking technology platform PLASMABIT® for milling and deep-drilling.

It was eleven years ago when founders Igor, Dušan, Ivan and Tomáš had the breakthrough idea for “geothermal energy everywhere”. They did not think then that in few years they will be preparing for the first real tests of this unique technology in the North Sea. Back then they only wanted an independent source of energy for a technology incubator they built in Bratislava.

They understood that the upper 10 kilometres of the Earth crust contains unimaginable quantities of thermal energy. Only a fraction of percent of its utilization could mean assuring the energy needs of mankind for centuries to come. Each kilometre deeper means an increase of temperature by 25C to 35C. Hence in 6-20 km depth water can be converted to high grade steam to drive electrical generation turbine.

But how could they manage to get to this deep geothermal energy?

An Entrepreneurial spirit and sense of curiosity led them to explore all existing drilling methods. This showed there is no technology to drill deeply at low cost. Traditional drilling is cost efficient to 5 km. Each kilometre deeper is exponentially increasing cost beyond a sustainable RoI.

This is why geothermal energy is only utilised where it is available at shallow depths. For example, Iceland, parts of the USA, New Zealand, Philippines or small parts of Italy. Here they use geothermal energy for heating, electricity production, heating roads, stadiums, pools or greenhouses.

The majority of other regions are entirely dependent on fossil fuels often transported at great environmental and financial cost.

So an ambitious goal with a global impact was created. Namely to end the cost barrier for deep drilling and to make deep geothermal energy accessible to all. After testing of various innovative methods, they replaced traditional drilling bits with the high-energy arc of electric plasma. This disrupts the rock by high temperature similar to the surface of sun.

And so the story of the GA Drilling technology revolution began

The Voice of Slovak Business is a Made In Slovakia Member